Harry Kane may win the Golden boot and Harry Maguire has emerged as one of the best defenders at this year’s World Cup, but one of the unsung heroes is England’s sports psychologist Pippa Grange. She has apparently been instrumental in developing the player’s resilience and a positive mental approach. We can learn some interesting lessons for career success from sports psychology if we re-frame our thinking.

Journalists and commentators have noted how much happier and grounded the current squad is, in stark contrast to the so-called ‘golden generation.’ In previous tournaments players who excelled for their club sides appeared to play within themselves whenever they represented their country, weighed down by unrealistic expectations and history.  Often leading to the seemingly inevitable penalty shoot out defeat…in the quarter finals.

This transformation in attitude and self-belief has been attributed in part to the power of sports psychology and it does raise some interesting parallels for career success. After defeating Columbia and winning on penalties for the first time ever in a World Cup, Gareth Southgate said that ‘tonight the players showed that they don’t have to conform to what’s gone before.‘ If you think about your preparation for the graduate recruitment and selection process that is a powerful message. We often meet students who attend assessment centres and interviews expecting to fail because that is what has happened in the past. This negative inner voice almost becomes a self-fulfilling prophecy. Expect to fail and this is often what tends to happen. The negativity impacts on your body language, the tone of your voice, your confidence and ultimately your self-esteem. 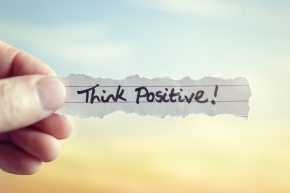 What if you adopt a positive mental approach and challenge your unhelpful inner voice?   Rather than be weighed down by that unsuccessful interview or assessment centre, focus on the good feedback. What did you do well and what would/could you do differently next time? Accept that you have been shortlisted because you are the ideal candidate, that you have the required skills and qualifications. If you attend an interview or assessment feeling confident and self-assured that is how the recruiter will perceive you.

Psychology teaches us that our thoughts can be re-framed to become a help rather than a hindrance. Dele Alli replied that he was ‘…excited, not nervous‘ when asked if the prospect of a World Cup semi-final was making him nervous. If you are nervous whenever you are faced with an interview or you have to deliver a presentation for example, consider what it is specifically that is causing your anxiety. Understanding it is the first step to overcoming it and quite often it is a fear of failure. 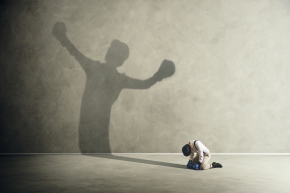 Sports psychology instills the attitude that taking a penalty is an exciting opportunity and not something to be feared. Take inspiration from this. How much more effective could your presentation be if you approached it with the same positivity? ‘Fear is essentially made up’, argues Sports Performance Consultant Andy Barton , ‘because it is a projection into the future, where you have created a narrative of something badly going wrong.‘ Create an alternative narrative, imagine delivering your presentation confidently and receiving a good reaction from an engaged audience.

Of course, a positive mental attitude may only take you so far, practice is also key to your success. Harry Kane’s 70mph penalties have been practised over and over on the training ground to the extent they have become almost routine. In the context of a job interview, using the STAR model will help you answer employers competency questions confidently and effectively. With practice, the STAR structure can become your routine which can help you achieve interview success. Rather than wanting an interview to be over as quickly as possible the STAR model will help you to enjoy ‘telling your story.’

The England team’s psychologist Pippa Grange has spoken about how powerful and useful failure can be – or rather how we respond to  failure. Gareth Southgate missed a crucial penalty in the European Championships in 1996 and experienced relegation as Middlesbrough manager. Dealing with such disappointment has perhaps developed a resilience that has served him well in such a high pressure environment as manager of the national team.

Try not to have a ‘I have to get that job…excel in this assessment centre…get that promotion’ attitude. Failure is inevitable. But what can you learn from it, what can you do differently next time? Perhaps you didn’t prepare sufficiently for that interview and couldn’t answer the commercial awareness questions convincingly. Or you didn’t consider your audience and didn’t expect them to be switched off by the amount of information you gave them in your presentation. Next time you might try to make the learning more interactive and your resources more creative.

So take a leaf out of Pippa Grange’s and Gareth Southgate’s coaching manuals. Be positive and visualise your success. It’s much more likely to happen. ’52 years of hurt, never stopped me dreaming…’