Saying no is an honest reaction to a question that asks you to do something that impacts on you and your workload. Throughout your career this a vital skill that you must develop as part of your own self-development as well as understanding your own worth and let others know it too.

So why do we feel guilty when we say no?

Why do we feel that we need to justify the decision? How can we learn to feel more comfortable about saying no? Often we feel that saying no is negative but in terms of our career and our general lives, by understanding the power of no we can save ourselves and others time and energy. Now is the time to learn and to practice the art of saying no and seize the power it will give us as we grow our resilience.

As we grew up parents set limits and we challenged them. Teachers and academic staff set limits on what we could and could not do. They had specific reasons to say no to our requests. They were in a position of authority but yet we still pushed. We set out our arguments but often the result was a no! Now we are the ones being asked: by friends, peers, colleagues and we have to be clear in our response. It has been said that no is a sentence in its own right with no need to explain but how many of us would feel ok taking such a strict approach? Often we don’t want to go into personal detail as to why we are declining a suggestion but explaining why can help as long as we aren’t allowing to be a chance to be ‘talked into’ changing our mind. Here are some tips to help you:

Saying ‘No’ doesn’t make you a bad person

Honestly it doesn’t. You may feel that you are letting people down but if you can’t do something saying yes is wrong. Honesty is the best policy for all concerned and doing something you think people want you to do is being untrue to yourself and your values. Also many of us will take on too much and underperform. This doesn’t help anyone and makes you seem less helpful and more unreliable.

Keep it simple, clear and short

When you are saying no be clear and keep to your point. Just state the clear fact: No you cannot help at this time. Don’t over-elaborate as this can allow people to think they can convince you if you discuss it further. Say why it isn’t possible. If you want to be helpful you can suggest alternatives but stick to the point of why you cannot do this.

Use the word ‘because’

Studies have shown that saying ‘because’ and then giving a clear reason is more likely to get agreement from others. It is hard just to say no, and it might help you to state the reason why you are declining by stating the ‘because’. This can help people to accept your decision. But if they cannot it does not mean you say yes. Stick to the no.

Say no when plans change

So, you have agreed something and the situation changes. Or you did something once but for whatever reason you don’t want to do something like that again. Even when we intend to do something we want, sometimes circumstances get in the way. Everyone needs to learn patience and flexibility. So say ‘No, I cannot do this now because…’ be as clear as possible as you can in your communication.

Say no when you know that you will resent doing something
Resentment is poison in any relationship. So you need to be honest and accept that it is better not to do something than to do it and resent doing it in the long term. Everyone has their own boundaries and accept there are areas and issues that you simply cannot compromise on. Think about the why and explain it, set out what it is you are declining and why – use that powerful word ‘because’. You do not need to justify your position instead you are stating your decision not debating whether you are going to do it.

Say no when it goes against your values 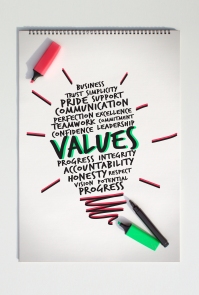 Values are what we structure our decisions around and the choices we make. Sometimes you may feel—and others may loudly protest—that you’re the only person who is making a certain decision. Maybe you are, most likely you are not and you need to stay true to yourself and your beliefs. Most people will accept that this is about priorities and integrity. If you feel it helps others to understand it may help to explain the rationale behind your choice.

Accept you may not be popular at the time, but people will come to realise you were right to

Later it may be accepted that you were right to say no, yet at the time it is easy to feel isolated. Often thought many will thank you for being honest. Saying no allows others to be clear what is and isn’t possible and what you can do at the time.

As hard as it is you have to accept that you cannot say yes to everything. You have to prioritise and you have to be practical. Saying no to something you don’t want to do or simply cannot do allows people to see that you are reliable and have self-respect. People will come to understand what you stand for and they will accept you as you accept other people’s decisions.