This is a notoriously difficult profession to enter and it’s always great to hear success stories. Here are seven top tips from James Cotton.  James is a Warwick Film and TV Studies alumnus, with his own successful film production business. He is currently working on his second feature film. He came back to Warwick recently to share his story and here are his top tips as collected and put together by my colleague Susan Johnstone.

1. Be involved in student film.

James was an active member of the Warwick film community, culminating in him being President of Warwick Student Cinema. He advocates getting as much experience as possible, both on campus and away from it.

One essential if you are going to make your own films is to organise insurance before you start.  Stay safe and follow industry practice. Make shorts, or offer to help other students who are working on shorts. Develop networks; they may be extremely useful in the future! Very importantly, put some time and budget put aside to really develop the sound quality.  Bad sound is what often lets student productions down.

It’s important to gain experience on a set in some way. After Warwick, James interned with a producer and at two renowned companies in the industry. He was able to access scripts and get an insight into what was happening in the film industry. Check out who’s making films now and try to get involved. You’ll get a better understanding of how it all works. Look for internships in different areas of the business.

You might consider a production company, or work with a specific person, perhaps a director or a producer. You might also work in a film finance company, in a sales agency, with a film distributor or an exhibition/marketing organisation. Any of these will allow you to develop relevant and transferable skills for your future career. You could also think about literary agencies, these represent writers and therefore deal with scripts.

3. Get a driving licence and work experience!

After his internships James carried on gaining experience by working freelance for a couple of years, in various roles. He recommends having a driving licence! Getting to places at short notice, and showing willing to do entry level crew jobs, can lead from one job to the next. You’ll gradually build up experience and an understanding of the industry.

4. Be prepared for further study.

James studied for an MA in producing at the National School of Film and Television. 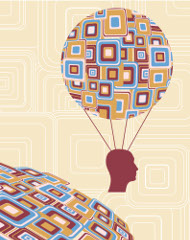 Most current students aspire to work in the high profile occupational areas in the film industry – director, cinematographer, producer or screenwriter.  James suggests that there are many other roles you might want to seek out and consider. How’s this for a list?

The sound for a film is as important as the visuals, and there are numerous roles involved here too. Many are technology-based, including Dialogue Editing and Foley.  Experience with post-production houses can be very useful for this.

Making a film involves a lot of people. It starts with a script and moves into pre-production. The making of the film, post production, and the delivery to the audience are all processes which involve numerous employees. Even when the film is made and ready to go, there are still more roles. Think Sales agents and Distributors (UK and overseas), Exhibitors, Retailers – the list seems almost inexhaustible. We’ve not even mentioned the Actors…

A total of 2964 people worked on “Avatar” even “The Kings Speech” employed 398! That’s lots of opportunities, plenty of different routes and lots more specialisms than you might have expected.

When you’re seeking your first experience on a film set, some organisations to look out for and follow on Facebook are The Callsheet, Production base, Shootingpeople, and Talent Circle. There are others, as well as hundreds of Production Companies that may be contacted individually for work experience – do some research on line to identify your target list and get speculating…..  Don’t forget to keep up to date with news from regional screen agencies too.

After producing numerous short films, James felt that he could declare himself a film producer, and produced his first feature film, Powder Room. James is producing his second feature this summer, and has also made a foray into education, setting up Micro-Budget Mentor with fellow producer, Stephen Follows. They run courses aiming to help empower filmmakers/producers with relevant industry knowledge that can fill the skills gap between making short films and an understanding of delivering a commercial feature film to market.

Further Information on the film sector generally can be found at My first job in film and Creative Skillset.